Until now, I have rarely ever shared this story. Part of my reservation is due to the sacredness I feel about it as well as a concern that I will “wear it out” with too many tellings. Another reason is the nature of the events of that night can sound quite strange to people, almost like something fictional, or a figment of the imagination. But the truth is, there is nothing fictional about this story. What happened to me on a warm September night in 1993 marked a turning point in my life and the beginning of a transformation that has continued to affect me to this day. My memory of that night is quite vivid. In telling the story here, I have sought to share the details exactly as I remember them, without any embellishment.

It happened in my third week as a freshman at Elim Bible Institute in Lima, NY. I was 19. I enrolled at Elim because I knew I needed to get my life more grounded in the Christian faith before pursuing further schooling and eventually launching into the grownup world of career and family. I had a sense that my love for Jesus and for people needed refiring. One student, who had already been through two years of Elim’s spiritual furnace listened to me describe my condition and responded by saying, “You know what I think? I think God is going to knock your socks off!” Two days later, her prediction came true.

Praying for the Hurting

Elim was hosting an annual two-day conference known as the Weekend of Prayer when the whole campus gathered together in the chapel (affectionately dubbed the “Tab”) for worship, prayer, and messages by guest speakers. The speaker that evening was Dean Sherman. At the end of his message, he invited everyone to stand and begin praying for the nearby city of Rochester, NY. We prayed with a special focus on the hurting, the broken, and those enslaved by sin and degradation. I remember at one point beginning to participate in prayer more fully, and as I lifted my hands in an expression of worship, I was suddenly overcome by a deep sense of an indescribable love for people along with the sensation that a heavy physical weight was being laid on my shoulders. 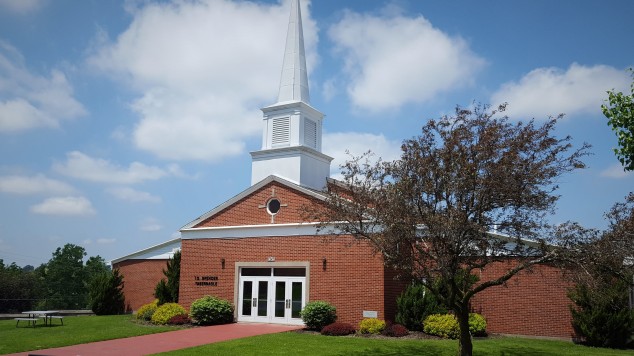 The Tab at Elim

My awareness of people all around me and the noise of others praying seemed to dissolve. I closed my eyes, and what I can only describe as a series of visions began to flash in my mind’s eye. I saw faces, one after another, of people from different cultures and nations looking straight at me. My heart pounded, and the compassion and love I felt became too much for me to handle. The only thought going through my mind was, “They don’t know about Jesus!” I broke into loud sobs and weeping to the point of losing my ability to stand, eventually sitting back down to weep prayers like I had never prayed before. After a short while, the service ended and my roommate and some friends made plans to get together. I wasn’t in the mood for socializing that night. I went back to my dorm room to be alone and think about what had just happened.

I felt exhausted from the intensity of what I experienced in the service so I decided to get to bed earlier than usual. I was fast asleep within minutes. After perhaps half an hour, I was suddenly jolted awake to a sensation that my body was being electrified by the air around me. From head to toe, an electric current was surging through me and I was so stunned and unprepared that I froze in place, not knowing if it was safe to make even the slightest movement. The sensation of electricity was not a warm or comfortable feeling. Instead, it felt like a power surge too great for my body to handle such that if it continued too long, something permanent might happen to me.

I had been awake like this for only seconds when I sensed that an awesome and powerful presence had filled my dorm room. Lying there in total darkness, all my thoughts and attention went to this overwhelming presence. I remained motionless, filled with a sense of holy awe, and dread. I kept my eyes tightly shut, telling myself over and over again not to open them because I feared that if I did, I might see God standing in my room and I might die as a result! After a few moments, everything suddenly returned to normal. I remained still and went back to sleep. It wasn’t but a few minutes later that I was jolted awake again by the feeling of an electrical shock and the sense of an overwhelmingly powerful presence in the room. I responded in the exact same way, overcome by holy awe and too afraid to move a muscle or open my eyes.

My thoughts were clearer this time, “God is in my room!” I laid there thinking and wondering about this, not knowing what I was supposed to do. The only words I could gather breath to speak were, “Lord Jesus” and then I would think “make it stop.” And, just like the first time, moments later the room suddenly felt normal again, and I went back to sleep. 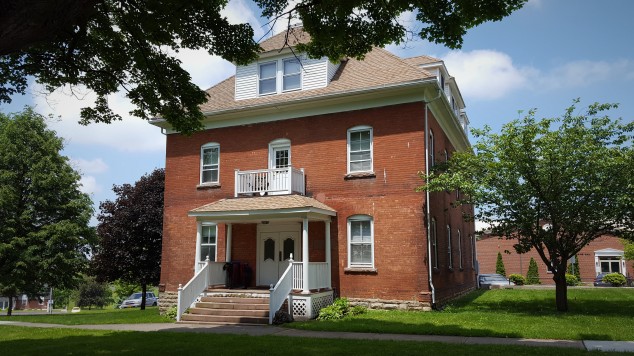 D. R. Faling Hall, my room was on the second floor, left window

When I got up the next morning I felt filled with joy and love for God. No more electricity or overwhelming presence, just a bubbling joy and desire to spend time with God. I started singing and praying, probably too loudly for a morning in the dorm, and as I headed to the shower I realized that I was able to pray in a language unfamiliar to me. I knew this was something believers in the New Testament experienced so I wasn’t startled by it, I just added it in with my time of prayer and singing to the Lord.

On Sunday evening of that weekend, I visited my parents to share with them what was happening. We were sitting in the living room and I was trying to describe the visions of faces I had seen. My dad listened and then asked me what I thought about it. Before I could answer, all at once I was overcome by the compassion and love that had shaken me during the service. All I could say in reply was, “All those people!” and I immediately broke into uncontrollable sobs and fell to my knees in front of the couch. My parents sat quietly as I wept, and once I had gathered myself a little and caught my breath, said to me, “Nathan, this is the Lord’s work in you. He is calling you to be a witness for him.” I knew it was true. From that moment on, I felt an abiding burden of love and compassion for people who have not yet experienced the love of Jesus or the freedom and joy that comes in following him. That burden has remained with me ever since.

I soon learned that this was only the beginning of a period of intense life transformation God had in store for me during my time as a student at Elim. The next two and half years were filled with times of experiencing the presence of God, sometimes in similarly overwhelming ways and at other times more like a soft summer rain. My understanding of what it means to be a follower of Jesus, to live a life shaped by his love, and to be a person of his Word grew and shaped me into the person I am today.

I have returned to that September night during the Weekend of Prayer many times. Remembering what it was like to be so broken by love has served to guide and sometimes redirect my perspectives on situations with people in my life and ministry in the years since. It helps me remember that the main theme of Christianity, the Bible, and following Jesus is redeeming love. Jesus literally embodies the love of God offered to the world.

I believe the Holy Spirit introduced himself to me that night in my dorm room. As he has done for so many others, he touched me supernaturally and in a matter of a few moments, permanently inscribed into my being the truth of the words written in Hebrews 13:5, “Never will I leave you; never will I forsake you.”

6 thoughts on “The Night My Life Forever Changed”